Sorry I have been so quiet lately, my work schedule has just been ridiculous lately and I am working 55 hour work weeks. I have also had some health issues slowly me down. So I apologize for my lack of follow up the last few weeks.

With that said, we have had a lot of turnover in the EFL before we even kick off the first regular season game. Although I like the idea of the slower paced league I think it has not worked out in the direction I wanted to. Owners either get bored waiting or they forget something because they do not check in often because of the slower place.

So I wanted to get feedback on the keeping the league running. Most owners in the league play in other leagues so there would not be much issue shutting it down. But I also have no issue continuing the league if the majority of the owners are enjoying the pace. I just do not want to be replacing 3-4 owners every week, which is what is happening.

We can also keep the league and let it run a its normal pace with 2-3 games a week. And keep all our rules in tack.

Let me know what you guys think. I want us to have fun and enjoy the league. If any of you play in the NCAA league or 75 you know what I mean....Thoughts? Suggestions? 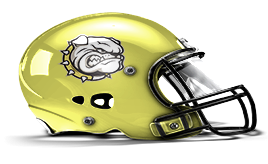 By trslick
8/31/2017 5:51 pm
I'm good with what ever takes place, I check in here everyday because thats what I do with all
teams I own! Take care of your health coach or you will end up like me, disabled and unable
to work anymore! Doctors think this game is to stressful for me, I told them to piss off! What ever
you owners decide is good, I'm for starting the season!
Liked by Chandyo, Pernbronze, GrandadB and 3 others

By coachcbjii
8/31/2017 6:02 pm
trslick wrote:
I'm good with what ever takes place, I check in here everyday because thats what I do with all
teams I own! Take care of your health coach or you will end up like me, disabled and unable
to work anymore! Doctors think this game is to stressful for me, I told them to piss off! What ever
you owners decide is good, I'm for starting the season!

I know I had to get out of coaching a couple of years ago for my health. But I told them Football and coaching destress me, not stress me out more. It is a mental break for me to focus on football, lol.
Liked by Pernbronze, Otterpop, mwd65 and 1 others

I gave up coaching girls soccer a couple years ago...I agree with both of you (coach and trslick), I loved coaching and thought it relaxed me, but was told it was stressing me too much. I now get my stress (or relaxation) from the fumbles and holding penalties in this game! :p
Liked by Pernbronze, GrandadB, Otterpop and 3 others

Maybe increasing the number of games would improve the participation.
Liked by Pernbronze, GrandadB, r3g4nj4k3

By GrandadB - League Admin
9/02/2017 6:40 pm
It is too slow for me, but I also like the difference, maybe cut it in half. I check all my teams/leagues, but have not been as attentive to the EFL as a result of the slower pace and I agree that we have lost others due to the slower pace and requirements. There are those who like to play but do not get into the awards, news, and team/stat updates, along with the potential to lose key players off a winning team may all be a part of the league losing coaches/owners so far. Im fine with whatever the decision is on keeping the league the way it is or changing it, and am looking forward to the opening game tonite, cheers all, gdb
Liked by Pernbronze, Otterpop

When I started watching the week 1 game I realized I forgot to change my gameplan though, I'll be better about that in the future.
Liked by Pernbronze

Knowing that we could possibly go full speed was my only deciding factor on leaving . All the other minor discrepancies are livable .

Thanks for the opportunity to participate .
Liked by kicker10bog